To launch Swizzels’ latest creation to the market via PR, influencer outreach and social media

Secured 30 influencer posts with a collective reach of over 275K

Users engaged with the campaign via Swizzels’ social channels

With so many new products hitting the food and drink market every day, it’s vital that you stand out and get noticed by the right people. There are a couple of key elements that are required for a successful product launch:

To ensure we had all of these covered, we started our campaign back in 2018 with the launch of our Sweetest Invention Competition. More about the first stage of our campaign can be found here.

The nation spoke, and we listened as Swizzels’ Great British Puds Chew Bars were voted as the winning entry that fans wanted to see hit shelves. The team at Swizzels worked away in the Derbyshire HQ with winning inventor Tracy-Jane to create the perfect chew bars inspired by Great British Desserts.

Once the product was ready to hit shelves, we carried out a multi-channel campaign to raise brand awareness and create a buzz around the product to drive demand and the all-important sales into stores.

PR and media relations was our bread and butter activity. Creating exciting imagery, video and written content to catch national journalists’ attention – both in consumer and trade press. We also had the bonus of Tracy-Jane, the winning sweet inventor who we were able to position as our spokesperson and passionate brand ambassador. Having this human element behind the product allowed us to create additional content, reach out to different media and secure radio interviews with Tracy-Jane talking about her invention.

Our strong media relations campaign resulted in a whole host of news articles, radio interviews, product roundups and reviews in both consumer and trade media.

On top of getting the media excited and writing about Puds, another key channel for an exciting new food product such as this, is influencers and bloggers. These targeted individuals have huge, engaged audiences that we can tap into by engaging the influencer and sending them the right product and content for their channel so they can shout about the brand. We carried out an extensive and targeted gifting campaign during the launch weeks. As you can imagine, these individuals get sent a lot of new products on a daily basis. Hence, it was hugely important we created something that stood out, grabbed their attention while celebrating the sweet itself and Swizzels the brand. We created Puds Chew Bar branded cake boxes that were filled to the brim with Puds sweets – all wrapped up like a gourmet dessert! It certainly caught the eyes of influencers and encouraged people to share.

Social media was another hugely important channel for this launch as it enabled us to engage with and raise awareness of the new product to new and existing fans. We developed a strategic paid social media campaign using cleverly created assets and messaging to reach and engage with our target audience. The creative concept was brought to life by our in-house design team, who we worked closely with to develop a range of different images, gifs and video that were used across all channels to inspire, educate and entertain the audience.

In addition to the Puds based activity, we also had the pleasure of introducing Mr Swizzels, the new face of Swizzels. Mr Swizzels is the secret behind all of the sweet creations at the Derbyshire-based factory, and he helped us introduce Puds chew bars to the nation via TV and social media as he was the star of a prime-time TV campaign. The advert aired in-between hit shows such as First Dates and This Morning. We were also able to launch the TV advert via social media creating exciting assets and graphics that appealed to our audience. 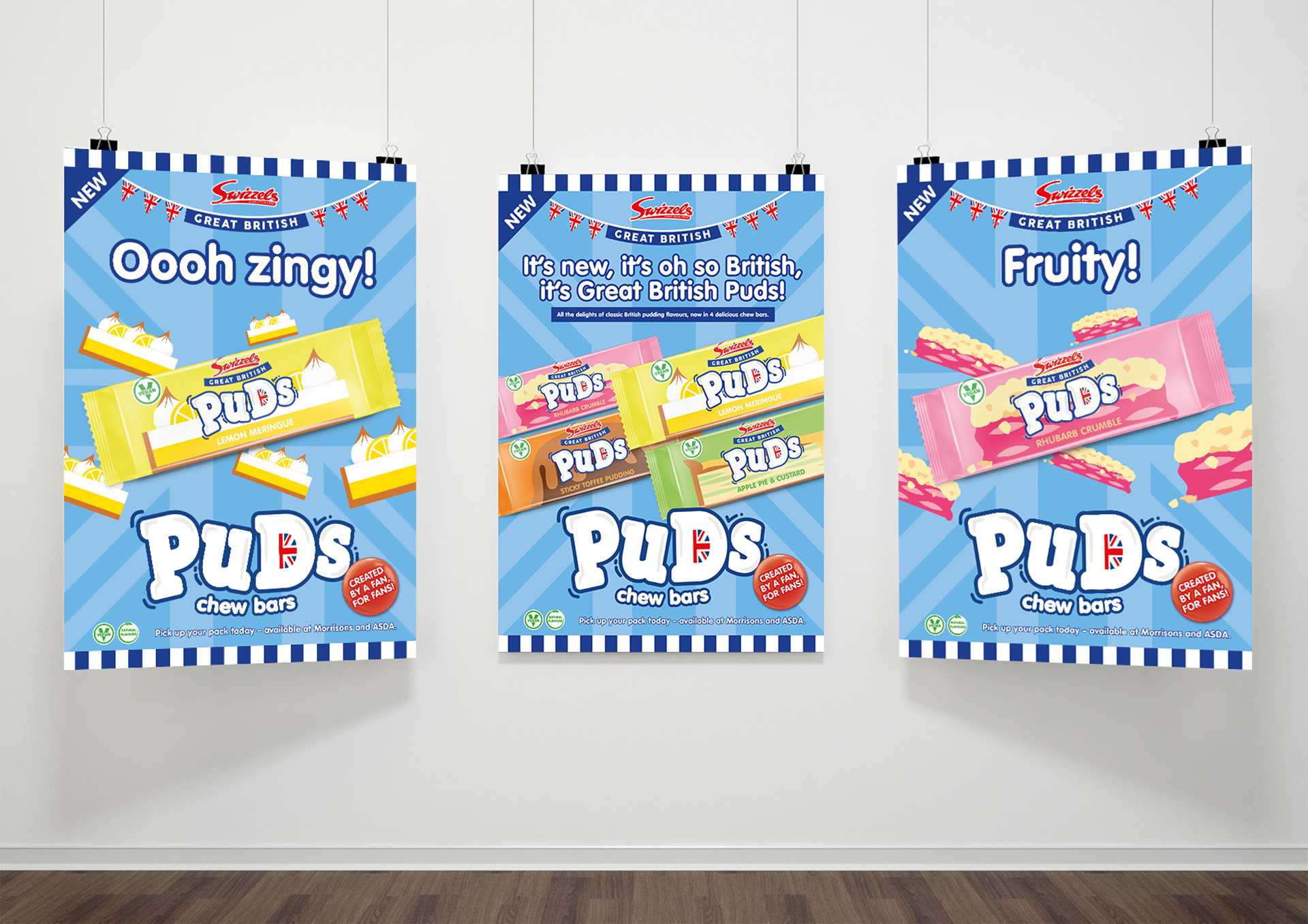 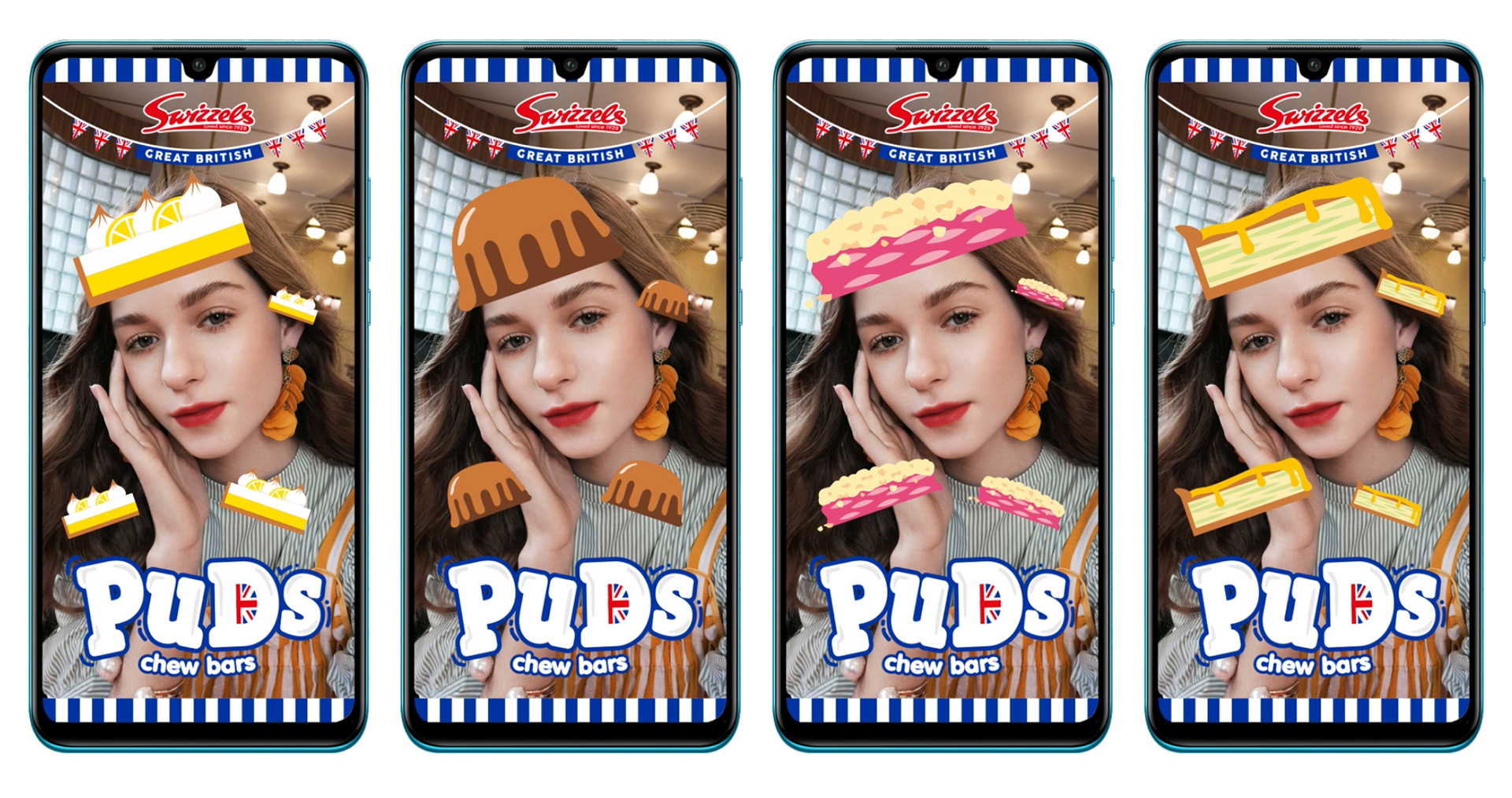