Promote the 70th Anniversary of Parma Violets sweets with a unique and innovative PR campaign that will increase awareness of the brand and secure a substantial amount of media coverage. 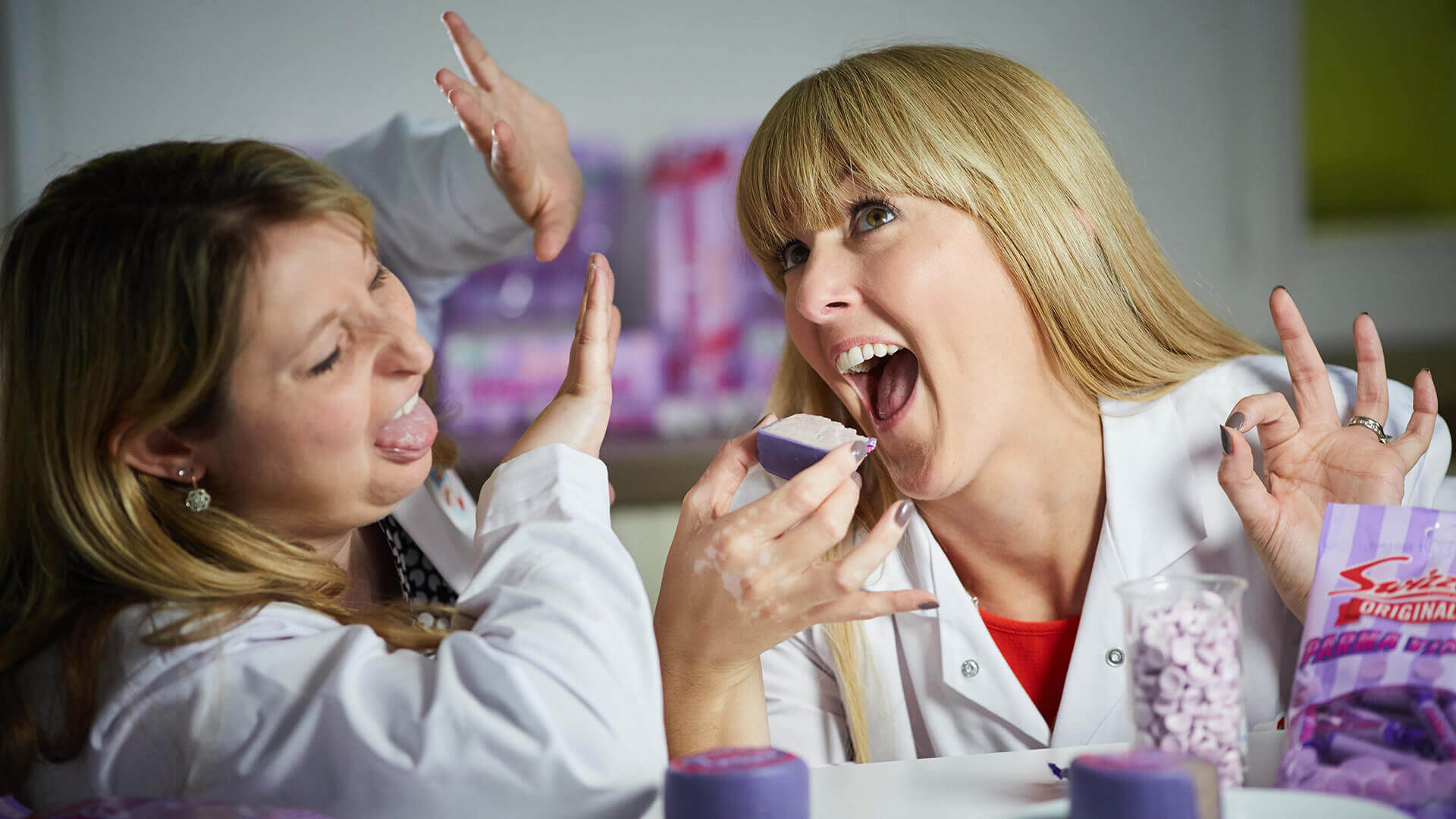 82 pieces of print and online press coverage was secured for the campaign, reaching over 115 million people.

11 radio interviews and mentions were secured and the cheese was also featured on 2 national television outlets, The Wright Stuff and BBC North West Tonight.

This exposure increased awareness of Parma Violets in the media and got everybody talking – even Ray Mears and Amanda Holden!

The short run of cheeses made for the campaign quickly sold out and the initial production run was tripled. Over 3,500 orders were placed in the first fortnight alone.

Not only has the cheese been shortlisted for four international cheese awards, as a direct result of the campaign, Parma Violets Cheese has now gone into full production.

The campaign was award ‘Consumer PR Campaign of the Year’ at the 2017 national PR Moment Awards.

As cheesy as it sounds… Swizzels asked and RMS delivered

Swizzels has been searching for different ways to reintroduce the unique Parma Violets taste, which continues to divide the nation, into the lives of consumers.

We wanted to keep within the sphere of food and utilise the UK’s love of bizarre foods.

This led to the idea of creating Parma Violet flavoured cheese as a unique, one off campaign stunt.

Working closely with the award-winning Cheshire Cheese Company, we produced a small batch of limited edition cheese available via the Swizzels website for the campaign and focused all our efforts on expert media relations to drive traffic to the site.

Key journalists were targeted with a unique mailer containing samples of the cheese and a press release announcing the campaign launch. Our multi-channel approach meant that broadcast media, select celebrities and bloggers were also targeted with this mailer and encouraged to share the product and campaign.

We quickly realised the campaign had commercial legs – a second batch of cheese was produced to meet demand and extend the campaign.

A hashtag #parmavioletscheese was created and all online engagement was trafficked through this. 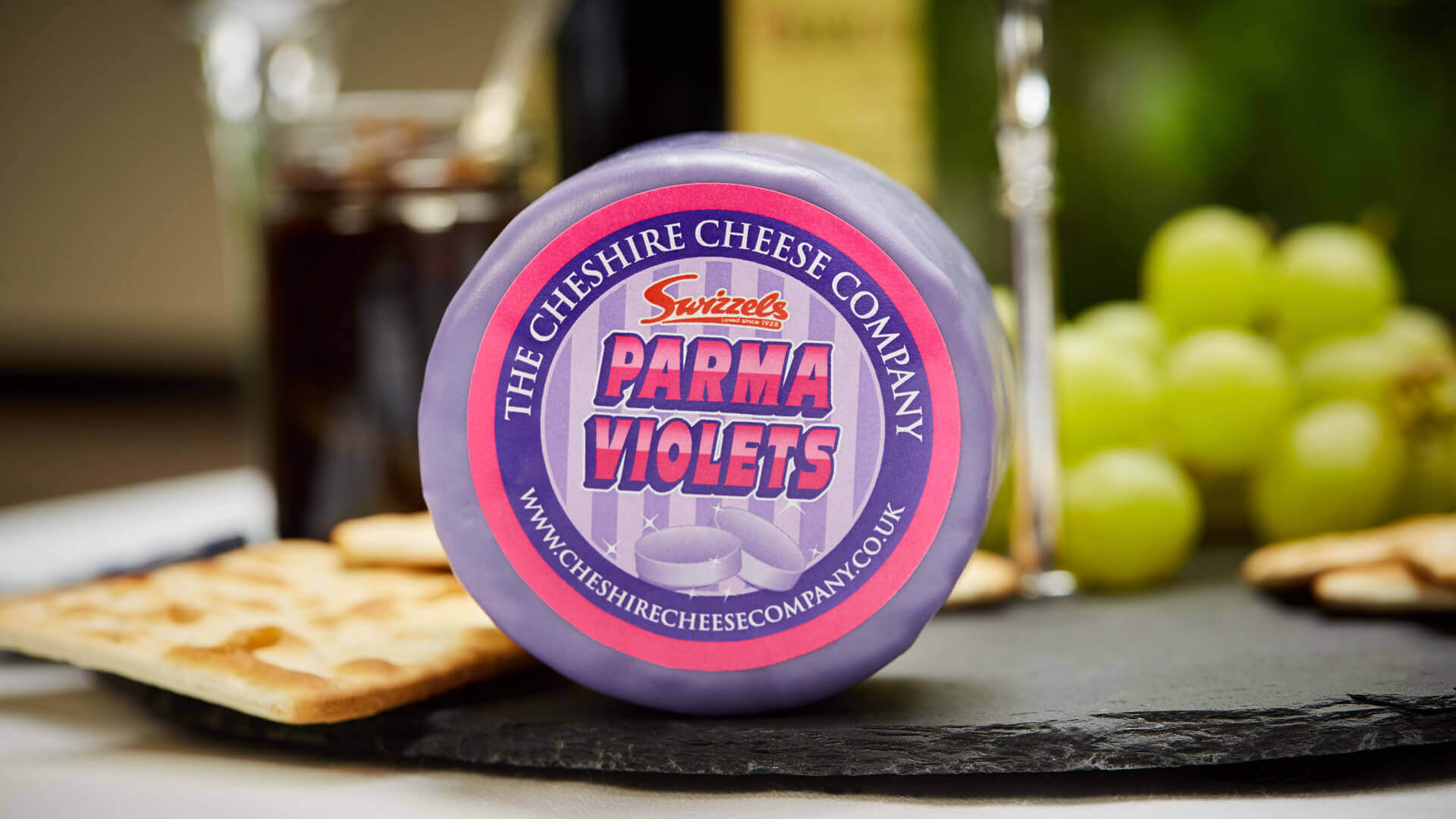 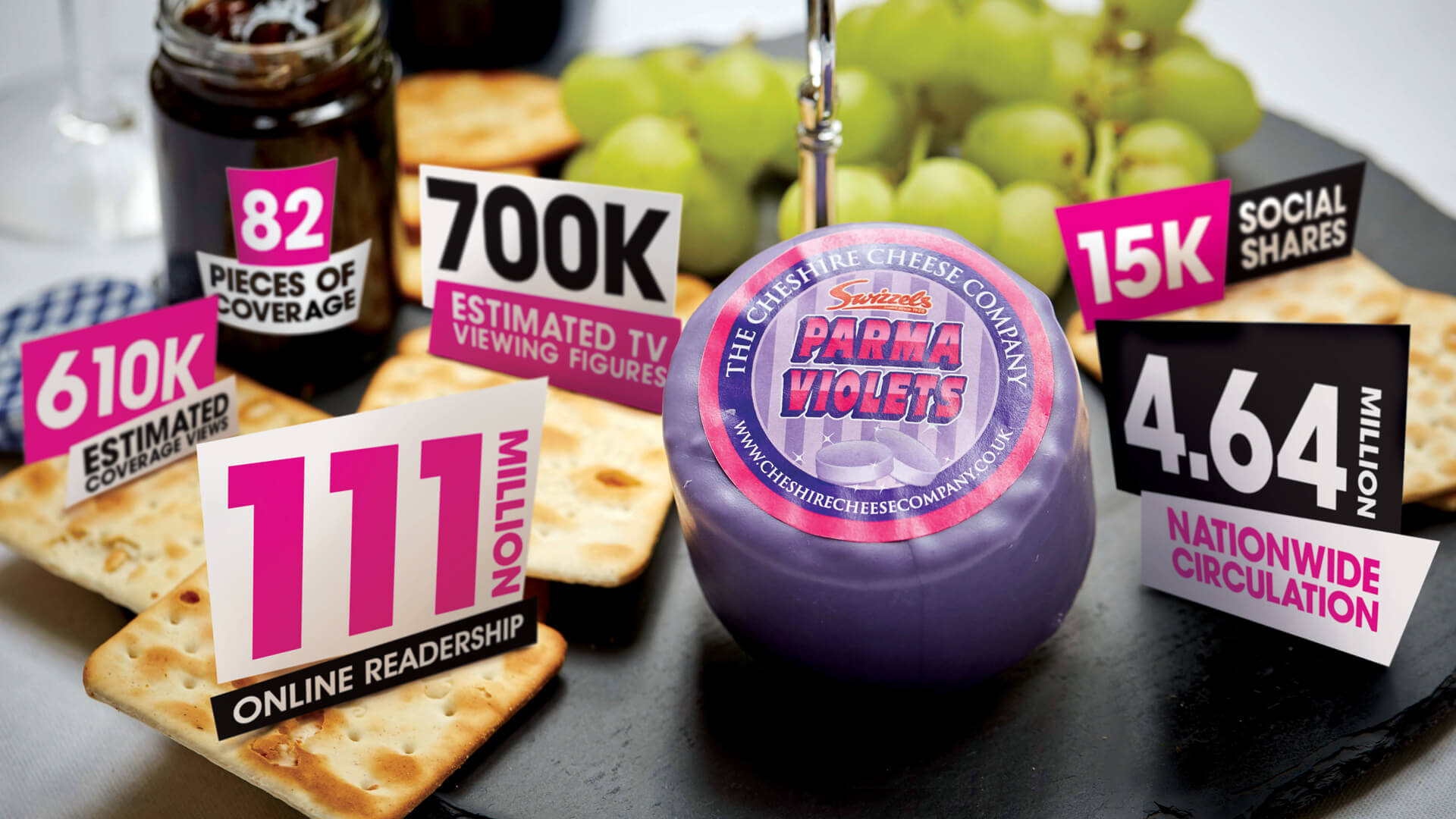