Position us as thought leaders in the global maritime industry

As well as receiving generous praise from the in-house marketing team through to the Chairman and CEO of V.Group, we received widespread plaudits from the maritime industry.

As well as promoting ‘Life After Lockdown’ in articles, editors also mentioned it in social media posts while the leading title in the sector said it had inspired them to create a new award category covering crew wellbeing. Another publication used the paper as the basis for an industry webinar.

Launched in June, the first paper has been an undoubted success. As well as being downloaded thousands of times, the paper has stimulated debate and V.Group has received dozens of emails and calls from peers within the industry and customers keen to contribute to the issues raised.

The second paper in the series, ‘The acceleration of digital engagement’, is about to be launched. It examines how Covid-19 has accelerated the move towards digitalisation in the maritime industry.

V.Group is the world’s largest ship management company. It employs 3,000 shore-based staff in offices from Manila to Mexico, who manage and support 43,000 seafarers on vessels around the globe.

When Covid-19 struck, the maritime industry was hit harder than most. We campaigned tirelessly to highlight the humanitarian aspects of seafarers being stuck on vessels for excessive periods of time and the devastating impact on the global supply chain.

This activity was clearly important but V.Group was also keen to demonstrate its thought leadership during such testing times. They asked us for our advice.

Being immersed in the sector, our B2B team knew that all the major players were simply beating their breasts and parroting each other.  We realised there was a clear opportunity to make V.Group stand out from the crowd.

Our idea seemed simple enough – the creation of a series of papers – but there was a twist.

We wanted to agitate, to stimulate discussion and debate by holding a mirror up and asking questions that challenged long-held views and ways of working.  We wanted V.Group to lead from the front and set out the valuable lessons it had learned that would benefit the wider industry in the future.

Keen to give the discussion papers a simple but striking name that also had longevity, we titled them ‘Life After Lockdown’ and agreed six hot topics we knew would strike a chord.

Next, we set about researching and writing content for the first paper, ‘Irreversible shifts in crew engagement’, which focussed on how the pandemic highlighted the importance of crew wellbeing and the value of meaningful communication during times of crisis and beyond. During this phase, we interviewed a range of people within V.Group and the wider industry to secure a range of insights into the issue.

Inevitably for such a large organisation, the paper had to go through a rigorous approval process.  We were delighted to receive only a handful of minor copy amends before our designers went into action, turning the content into an attractive 20-page document that was clearly laid out and interspersed with striking images, making it an easy read.

Once signed off, we created a digital version and had a quantity printed for V.Group to use in their wider marketing activity. V.Group hosted it on their website and promoted it on their social media channels. Meanwhile, we liaised with the maritime trade media.

You can flick through the digital version here. 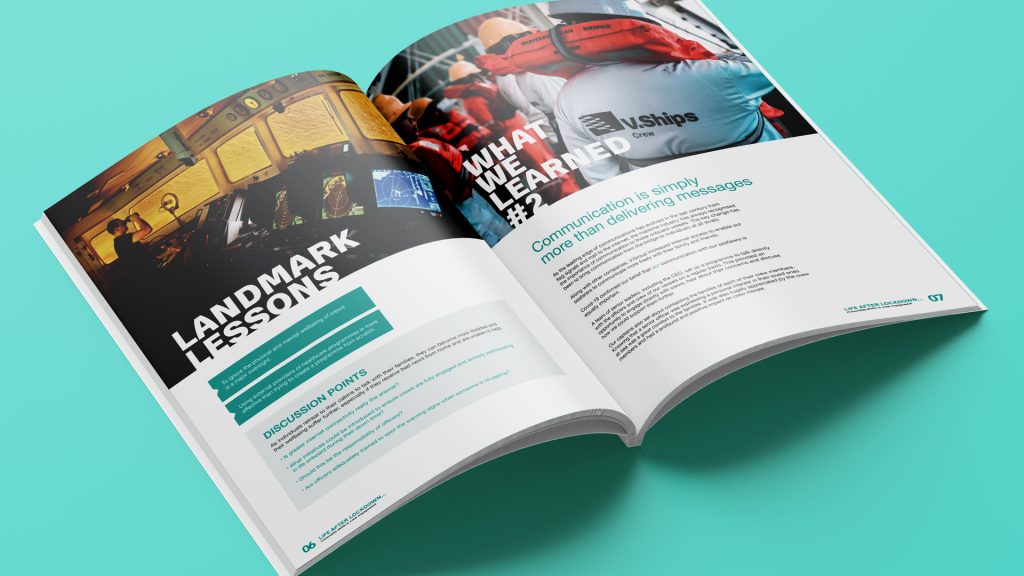 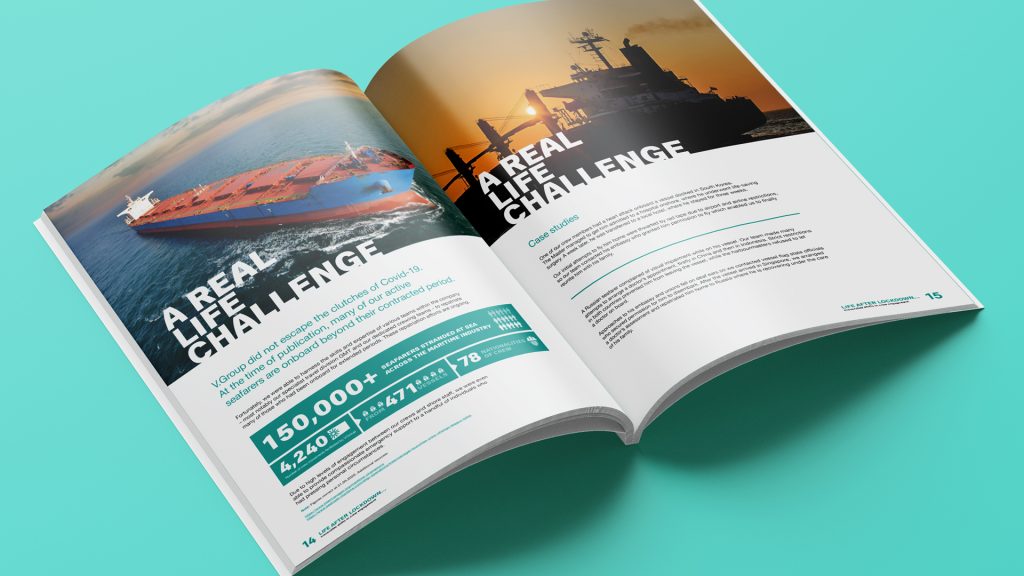 “This really is a great, well thought through document and will go a long way to drive these important key messages across the table and create relevant reflection and discussion! Excellent! A big thumbs up from me.”

“This will add value to our customer communications, market perception and aid our growth agenda. You have given us a thirst for more!”